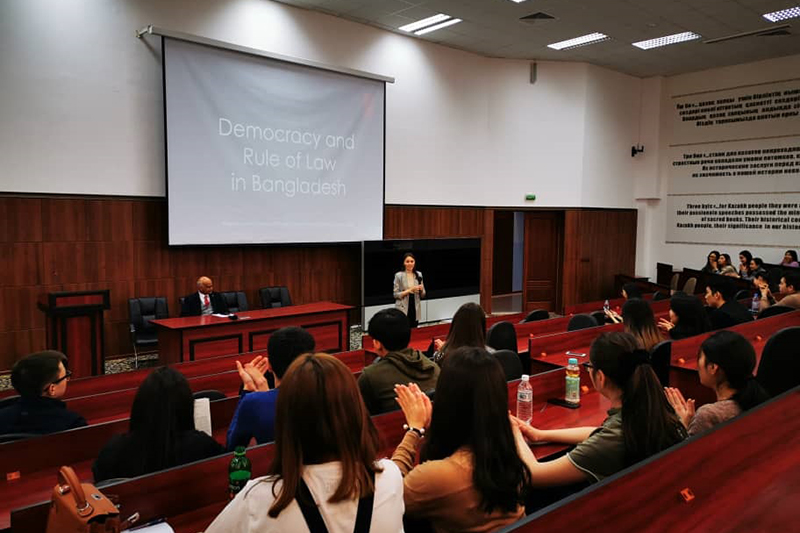 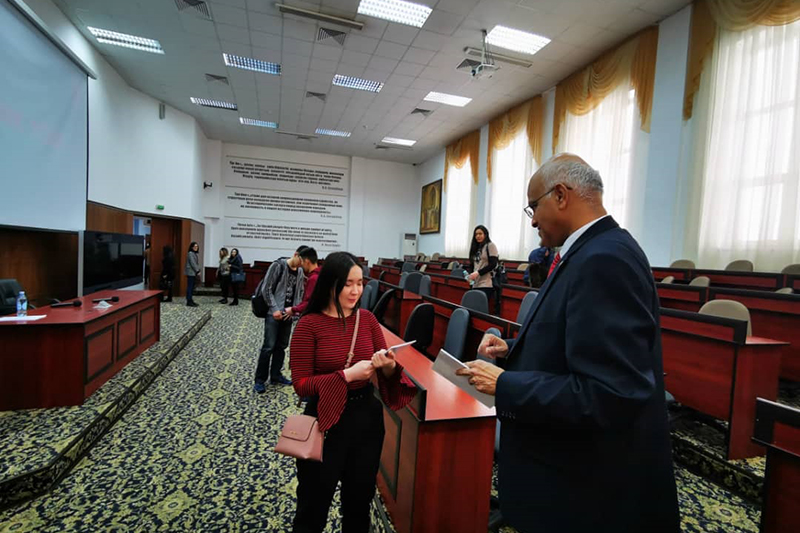 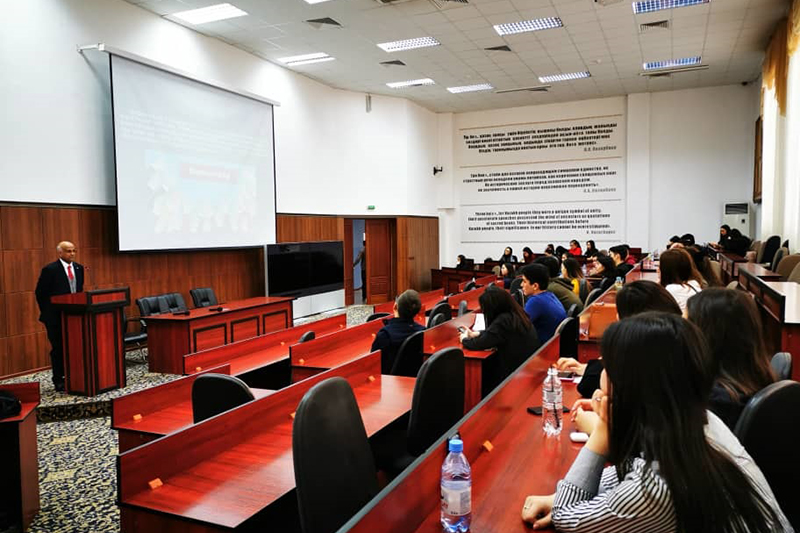 On February, 27 School of Liberal Arts organized a guest lecture by Ambassador of Bangladesh to Central Asian countries His Excellency Mosud Mannan on “Democracy and Rule of Law in Bangladesh”.

Ambassador Mosud Mannan began his academic career studying Economics at the University of Dhaka, Bangladesh. He continued his studies in the USA and earned M.A. Degree from Tufts University in Boston. After joining his country’s foreign service, he held posts in various foreign capitals including London, Muscat, New York and Berlin. Since September, 2013 till date is assigned as Ambassador Extraordinary & Plenipotentiary of Bangladesh to Uzbekistan with concurrent accreditation to Afghanistan, Kazakhstan and the Kyrgyz Republic.

During the lecture Ambassador discussed topics of economic development, democracy and women empowerment in Bangladesh, answered students’ questions about ambassadorial mission and presented gifts from his home country to students and university.